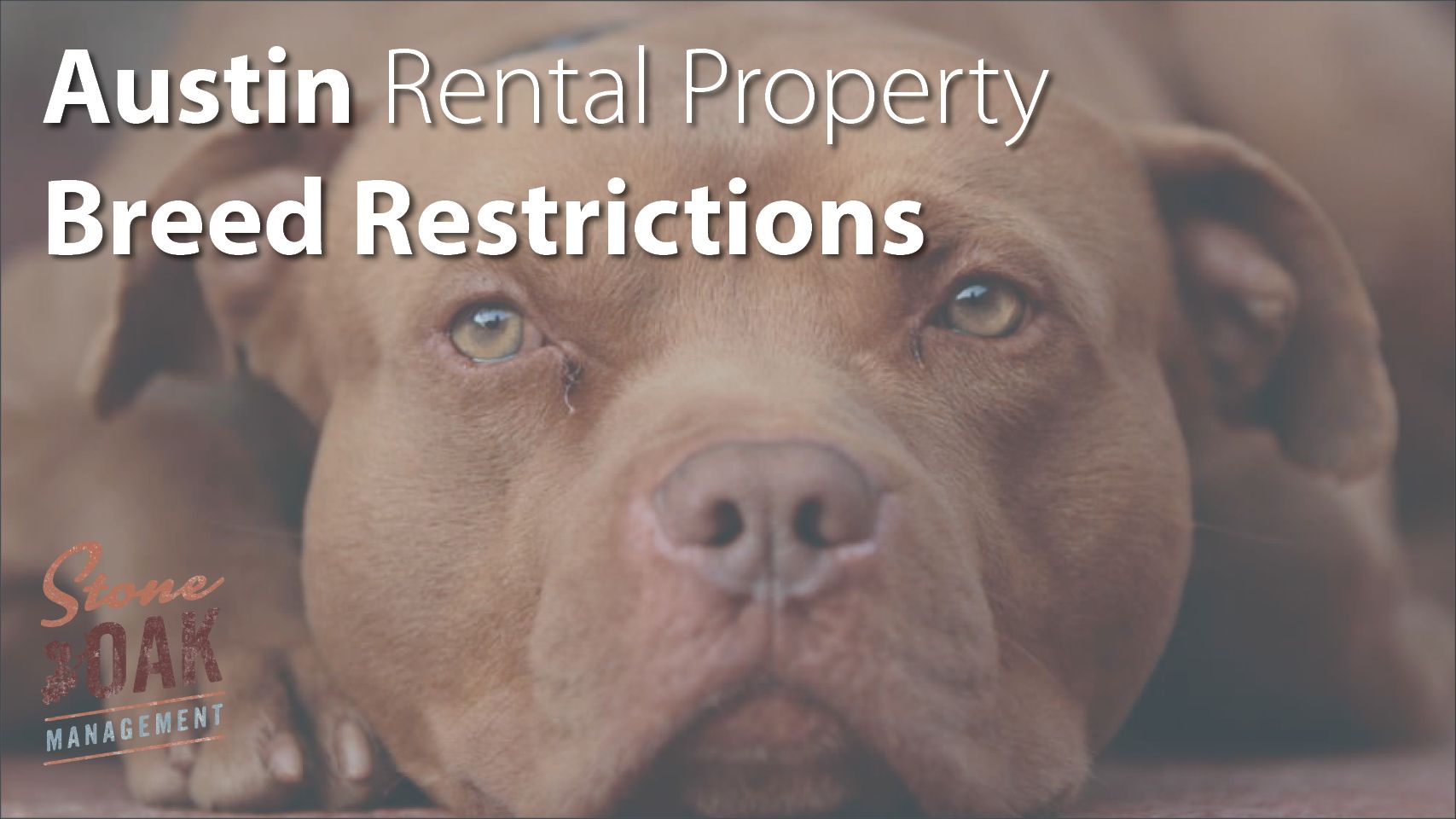 If you’re an individual who rents in Austin, Texas, and owns a pet you’ve probably been asked “What breed?”, when looking for a new place to rent. It’s not that property managers or apartment communities hate dogs or animals, it’s that for the safety of others there are certain animals who are generally considered unsafe. If a dangerous animal isn’t allowed in an area there is a far less likely chance there will be an attack. Pretty simple stuff really.

There are a couple of reasons your dog/pet may be denied when applying for a residency somewhere. First, some municipalities and regions have enacted breed-specific rules banning certain breeds from even entering certain cities. The second reason could be that insurance companies have identified that breed as dangerous ultimately barring the insured from accepting your pet. Another reason your breed may be banned is that the landlord/community has the ultimate say in what pets are allowed in their complex.

Curious if your Austin landlord will accept your dog? Below are some of the common breeds that find themselves near the top of the 'bad' list.

Breed restrictions are an ongoing debate with pet owners. However, despite Stone Oak Property Management’s love for dogs, sometimes there is nothing we can do, and the same goes for other Austin property managers and landlords. Thankfully, Austin is an incredibly dog-friendly city, and finding a place for you and your pupper will be easier than most other cities!

You can view pet-friendly rental homes in Austin here!

Stone Oak Management is committed to ensuring that its website is accessible to people with disabilities. All the pages on our website will meet W3C WAI's Web Content Accessibility Guidelines 2.0, Level A conformance. Any issues should be reported to jason@stoneoakmgmt.com. Website Accessibility Policy